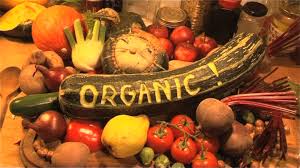 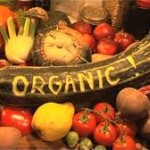 A new Gallup poll, published in the Washington Post, was released which analyzed the percentage of American interested in or attempting to add organic food to their diet. The poll surveyed 1000 adults across the country in July. The results revealed an area differentiation as people living in city areas tended to incorporate organic food, in contrast to rural areas which had the least percentage of organic food consumers. Americans most likely to eat organic are in the West, are 18 to 29 years old, vote Democrat or have an annual household income greater than $75,000. Those most likely to avoid organic foods live in the East, live in more rural parts, are age 65 or older, vote Republican or have an annual household income less than $30,000.

The poll notes that although household income continues to be a major factor in food choices, with almost half of upper-income Americans actively buying organic foods, a significant amount of lower-income Americans (42%) now include organic into their diets. “Given that almost half of Americans actively try to include organic foods in their diets, they may view the benefits of organic foods as greater than their downsides, such as the higher cost or limited access.” While organic is associated with a “premium,” or more expensive cost, many say the cost of organic food simply reflects the true costs of production.

The Gallup poll follows on the heels of a 2014 poll by the Organic Trade Association (OTA) which reports that consumption of organic products has continued to increase exponentially. According to the survey, sales of organic products in the U.S. jumped to $35.1 billion in 2013, up 11.5% from the previous year’s $31.5 billion and the fastest growth rate in five years. The growth rate of organic food sales, which has averaged almost 10% every year since 2010, has dwarfed the average annual growth of just over 3% in total food sales during that same period, and now makes up 4 percent of the $760 annually spent on food. The fruit and vegetable category continues to lead the sector with $11.6 billion in sales, up 15%. With more than 10% of the fruits and vegetables sold in the U.S. now organic.