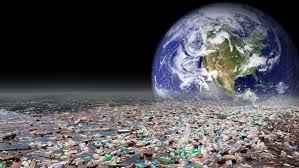 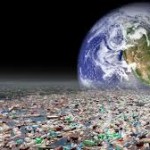 Various governmental agencies around the world set safety levels for pollutants that are supposed to assure the average consumer that their health is being protected. A new study by the University of Granada has poked a huge hole in that assumption. The study published in the journal environmental pollution categorically linked accumulated environmental pollution to obesity and cardiovascular disease.

The research participants consisted of 300 men and women and the scientists examined the pollution level in their fat tissue at the University of Grandada. The presence of persistent organic pollutants (POPs) resulted in increased levels of cholesterol and triglycerides levels, a substantial risk factor for cardiovascular disease. POPs can remain in the environment for years without degrading and the analyzed chemicals included DDE, the main metabolite of pesticide DDT, insecticide lindane, and polychlorinated biphenyls or PCBs. These substances have been used widely around the world and even though some substances like DDT are no longer in use in certain countries the ability of the environmental pollutant to linger can still result in exposure.

“Humans are exposed to POPs mainly through diet. Besides, POPs accumulate gradually in body fat, and this is the reason why the median levels in our study give us an idea of an individual’s accumulated exposition over a number of years”, said Juan Pedro Arrebola, the main author of the article.

“In general we found that people with higher levels of POPs were quantitatively more obese, and also showed higher levels of cholesterol and triglycerides, all of them regarded as important risk factors for cardiovascular disease, although these relations were complex and they did not always show linear patters”, said Arrebola.

The findings revealed that 100% of participants in this survey presented detectable levels of one or more of the analyzed compounds.

“This universal exposition turns their impact on human health into a most important issue. Besides, our results suggest that there are no safe exposure levels for these pollutants, which can also interact among them to affect health”, Arrebola added.