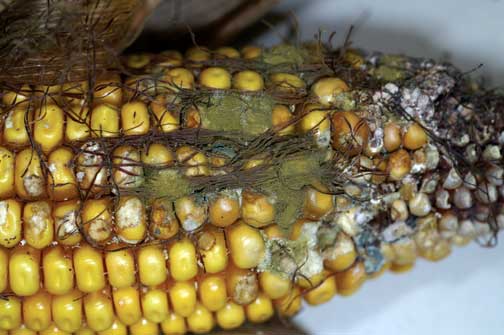 A study published by the Pontificia Universidad Catolica de Chile, Santiago, Chile, evaluated gallbladder cancer risk based on the level of aflatoxin-albumin adducts exposure. Aflatoxins are toxic metabolites produced by certain fungi in/on foods and feeds. They are probably the best known and most intensively researched mycotoxins in the world.

Aflatoxins are mycotoxins produced by several species of Aspergillus fungi and occur in food crops such as maize, groundnuts, and oil seeds. Aflatoxin B1 (AFB1), the most potent aflatoxin, is classified as a human carcinogen [International Agency for Research on Cancer (IARC) 1993], and has been associated with child growth impairment suppressed immune function, hepatomegaly, and death due to acute poisoning.

Gallbladder cancer is the leading cause of death of cancer in women. Aflatoxin has been classified as a liver carcinogen and aflatoxin contamination is widely prevalent in Chile, especially in red chili peppers. Chronic exposure causes aflatoxin to form adducts with albumin in peripheral blood that accumulate up to 30-fold higher. The researchers tested for the presence of aflatoxin B1-lysine adduct (AFB1 adduct) in participants.

Previous studies have documented the catastrophic environmental disaster caused by Roundup, researchers revealed that glyphosate causes an increase in the concentration of aflatoxin produced by Aspergillus section Flavi strains.

Roundup is produced by Monsanto Co., and is the company’s main herbicide product. Aflatoxin contamination of crops is a worldwide food safety concern and the U.S. crop market has been severely affected by contaminated crops. Aflatoxins refer to a group of four mycotoxins (B1, B2, G1 and G2) produced primarily by two closely related fungi, Aspergillus flavus and Aspergillus parasiticus. Strains of A. flavus show a great variation in their ability to produce aflatoxins.

Aflatoxins are carcinogenic and their quantity in food and feed is closely monitored and regulated in most countries. The Food and Drug Administration (FDA) guidelines specify that certain types of feed can contain an aflatoxin concentration of up to 300 parts per billion. Human foods must contain less than 20 ppb, while the threshold for milk is even lower, at 0.5 ppb. Export U.S. corn must test at less than 20 ppb.

Cows that eat tainted corn can pass on aflatoxin through their milk, placing the consumer at risk for health problems and pets are also affected as demonstrated by the pet food recall in February this year of five product lines of privately branded dog food due to elevated levels of aflatoxin in the corn used to make the pet food. The recall originated from Hy-Vee Inc a grocery chain in Kansas.

The latest study originating from Argentina found that glyphosate significantly increased the production and growth rate of aflatoxin by all Aspergillus strains tested.

A study published in 2015 investigated the impact of aflatoxins on the stunted growth of children as maize is one of the major staple foods in Tanzania and is a basic ingredient in complementary foods for children. Recent studies conducted in some regions of the country have revealed contamination of maize with aflatoxins and fumonisins. One of these studies reported that 18% of home-grown maize samples were contaminated with aflatoxins at levels up to 158 μg/kg, with 12% of these above the Tanzanian limit of 10 μg/kg. The Tanzanian study revealed a higher proportion and widespread distribution of stunted growth in these children (i.e., children with LAZ below –2 SD from the mean for the WHO standard reference population) than underweight and wasting.