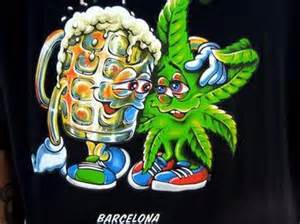 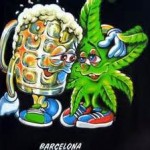 A new study has determined that with high school seniors substance abuse has an impact on unsafe driving and troubled relationships with peers, while marijuana consumption was associated with a comprised relationship with authority figures.

A new study has emerged from the American Journal of Alcohol and Drug and Alcohol use documenting the Adverse Psychosocial Outcomes Associated with Drug Use among US High School Seniors.

Approximately 7,437 students were evaluated in a nation-wide ongoing annual study of the behaviors, attitudes, and values of American secondary school students. Students were asked to indicate whether they experienced various adverse psychosocial outcomes resulting from use of each substance.

“The paucity of research is of particular public health concern as alcohol and marijuana are the two most commonly used psychoactive substances among adolescents,” said Joseph J. Palamar, PhD, MPH, a CDUHR affiliated researcher and an assistant professor of Population Health at NYU Langone Medical Center (NYULMC). “Nearly half of high school seniors have used marijuana in their lifetime and over two-thirds have used alcohol, but few studies have compared adverse psychosocial outcomes of alcohol and marijuana directly resulting from use.”

The results reflect differentiation between sex with females at higher risk for reporting the majority of adverse outcomes assessed by MTF. Racial or ethnic minorities (most often black students) were at decreased risk for many adverse outcomes, and this “protective” effect tended to be more pronounced for alcohol than marijuana.

The researchers found that frequent marijuana users (i.e., used >40 times) were 23 times more likely to report getting into trouble with the police.

“As a controlled substance, mere possession of marijuana may increase the risk of significant legal consequences compared to an age-restricted legal substance such as alcohol, so this was not unexpected,” said Dr. Palamar. “Smoking marijuana also tends to leave a strong odor, which can easily draw attention to authorities. However, we found no racial differences with regard to getting in trouble with police because of marijuana use. Results might have been different if we focused on older individuals or only those who reside in big cities.”