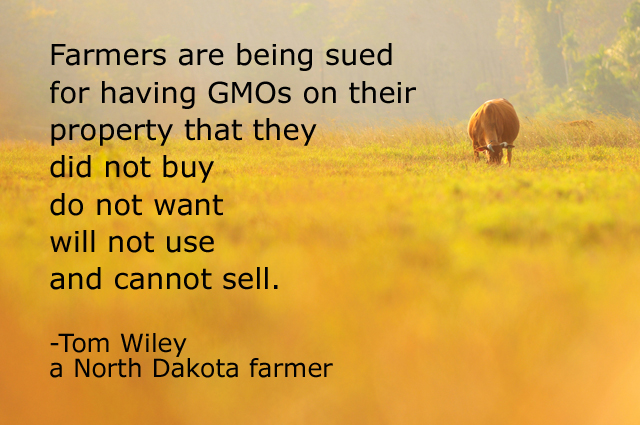 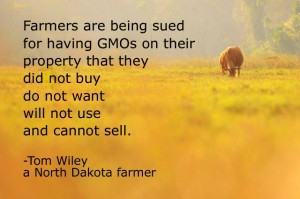 There is no question that Monsanto is persecuting American farmers and they are using the US courts to do so. A recent report by the Center for Food Safety, (CFS), lists eleven current pending lawsuits. Prior recorded judgments allocated $23,675,820.99 in damages against US farmers.  The largest judgment was $3,052,800.00; the smallest judgment was $5,595.00.24.

The recorded judgments, however; fail to convey an accurate scope of Monsanto’s actions against farmers as most cases filed by Monsanto have been settled before expensive litigation took place.  The Center for Food Safety analyzed Monsanto’s statements and press reports which suggests that Monsanto investigates approximately 500 farmers each year, who are forced to settle under financial duress, to avoid costly litigation.

The Center for Food Safety further estimates that Monsanto had initiated an estimated 2,391 to 4,531 seed piracy matters against farmers in 19 states.

America has evolved into a culture of farmer persecution, where seed harvesters and farmers are forced to trade seed anonymously to avoid the wrath of Monsanto. Approximately 80-90% of US corn is estimated to be genetically modified with one company, Monsanto, controlling seed patents, controlling the modification of certain pesticide resistant corn and marketing the pesticide, (which they have genetically modified the corn with), which has increased astronomically in use due to pesticide resistant weeds.

Seed giants vs. US. Farmers. 2013. Center for Food Safety and Save our Seeds.