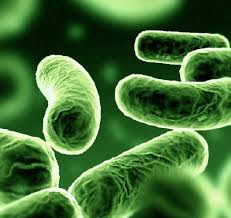 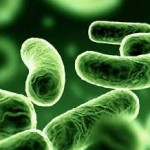 The findings published by the St. Jude Children’s Research Hospital in the scientific journal Nature demonstrates the crucial relevance of gut microbes to overall health.

Gut microbes constitute the intestinal microbiome, which aids in digestion and helps to educate the immune cells that guard against infection. Growing evidence suggests that changes in the microbiome composition may contribute to development of diseases ranging from cancer to chronic inflammatory disorders such as multiple sclerosis. The mechanisms involved, however, were poorly understood.

The researchers used a mouse model which mimicked the devastating inflammatory childhood bone disorder chronic recurrent multifocal osteomyelitis (CRMO). The mice carry a mutation in the Pstpip2 gene that leads to osteomyelitis early in life.

The study findings showed that changing the nutritional composition of the animals’ diets led to marked increases and decreases of certain intestinal bacteria. The affected bacteria included Prevotella, which have been implicated in causing osteomyelitis, arthritis, periodontal disease and other inflammatory disorders in humans.

“These results are exciting because they help to explain how environmental factors like diet can influence susceptibility to autoinflammatory diseases,” said the study’s corresponding author Thirumala-Devi Kanneganti, Ph.D., a member of the St. Jude Department of Immunology. “While multiple lines of evidence have suggested that diet can impact human disease, the scientific mechanism involved was a mystery. Our results demonstrate that diet can influence immune-mediated disorders by shaping the composition of the gut microbiome, which our findings suggest play a role in immune regulation.”

To confirm the connection between the intestinal microbiome and osteomyelitis, researchers treated mice that were fed the disease-promoting diet with a cocktail of broad-spectrum antibiotics. Treatment was followed by a reduction in Prevotella as well as intestinal levels of Il-1 beta. In addition, fewer mice developed osteomyelitis.

In a series of probiotic experiments, investigators demonstrated that transplanting the intestinal microbiome from healthy mice protected the at-risk, mutant mice from osteomyelitis. Probiotics are bacteria and other microorganisms with a demonstrated health benefit. “The results suggest probiotics might provide a more targeted method for suppressing production of IL-1 beta and protecting against autoinflammatory diseases,” said first author John Lukens, Ph.D., a St. Jude postdoctoral fellow.