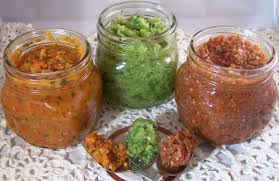 A new study has confirmed that bioactive compounds in sofrito, called polyphenols and carotenoids, prevent cancer and cardiovascular disease. Sofrito is an essential part of the Mediterranean diet and consists of a combination of tomato, olive oil, garlic and onion. The study from the University of Barcelona and the CIBERobn (Biomedical Research Centres Network — Physiopathology of Obesity and Nutrition) network analyzed a survey which questioned consumers on their eating habits including how often they ate vegetables, pasta, rice and other dishes made with sofrito.

The team analyzed ten commercially produced sofritos and identified at least 40 types of polyphenols.
“These compounds produced by plants and which we eat are related to reduced cardiovascular diseases,” Rosa María Lamuela, researcher at the UB.

“Eating a daily amount of 120 grams of sofrito, added to pasta for example, the total intake of polyphenols is 16 to 24 milligrams per portion and 6 to 10 milligrams in the case of carotenoids,” explains Lamuela.

Other bioactive compounds found in the sofrito are carotenoids and vitamin C. Various studies have shown that the intake of carotenoids such as lycopene prevents prostate cancer and the consumption of foods rich in beta-carotene help to reduce the incidence of lung cancer.