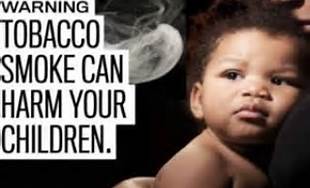 A study published in the European Heart Journal is the first study to conclusively link thickening of the blood vessel arterial wall in children to being exposed to their parents’ smoke. Thickening of the wall arteries is generally associated with increased risk of heart attacks and strokes in adulthood.

The research study involving scientists from Tasmania, Australia and Finland is the first to follow children from childhood through adulthood and determined that smoking ages the child’s blood vessels by an additional 3.3 years. Approximately 2401 children participated in the Young Finns Study, which started in 1980 and 1375 children took part in the Childhood Determinants of Adult Health Study in Australia. The researchers asked questions about parents smoking habits and they used ultrasound to measure the thickness of the children’s artery walls once they had reached adulthood.

“Our study shows that exposure to passive smoke in childhood causes a direct and irreversible damage to the structure of the arteries. Parents, or even those thinking about becoming parents, should quit smoking. This will not only restore their own health but also protect the health of their children into the future,” said Dr Seana Gall, a research fellow in cardiovascular epidemiology at the Menzies Research Institute Tasmania and the University of Tasmania.

“While the differences in artery thickness are modest, it is important to consider that they represent the independent effect of a single measure of exposure — that is, whether or not the parents smoked at the start of the studies — some 20 years earlier in a group already at greater risk of heart disease. For example, those with both parents smoking were more likely, as adults, to be smokers or overweight than those whos parents didn’t smoke.”

A previous study by Dr Gall and her colleagues revealed that exposure to passive smoking in childhood reduced the ability of the main artery in the arm to dilate in response to blood flow in adulthood. This new study adds to the evidence on the dangers of passive smoking for children and the researchers recommend a public health policy aimed at reducing passive smoke exposure in children.

“Reducing young people’s exposure to tobacco smoke is a public health priority. Legislation can reduce passive smoke exposure, with restriction of smoking in public places reducing hospitalizations for cardiovascular and respiratory disease. Home smoking bans specifically benefit young people and data from the USA suggest such bans have increased from about 50% in the mid-1990s to 85% in 2006-7, suggesting that exposure to passive smoke at home is declining. Unfortunately, these reductions have largely occurred in higher socio-economic groups, meaning socio-economic inequalities in passive smoke exposure remain. Banning smoking in cars where young people are present, which is enforceable and targeting an environment where exposure is high, could reduce these inequalities. Such legislation already exists in Australia, Canada, and USA. Our results support adoption of all measures that protect young people from passive smoke.”