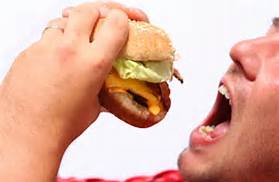 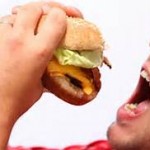 Scientists have been researching the effect of a father’s genetic predisposition upon their offspring. The prevailing research confirms that epigenetic influences influence offspring directly as a result of a father’s diet, medication, weight and other relevant influences.

Another study published in the FASEB journal revealed that male rats who ate a high fat diet, were diabetic and obese passed on altered gene expression to their offspring. The altered gene expression is directly linked to increasing the risk of obesity, diabetes and premature aging. Other genes that were affected include markers of premature aging, cancer, and chronic degenerative disease.

“While scientists have focused on how the maternal diet affects children’s health, this study is part of exciting new research exploring the impact of paternal diet on offspring risk of obesity,” said Margaret Morris, Ph.D., a researcher involved in the work from the Pharmacology School of Medical Sciences at the University of New South Wales in Sydney, Australia. “The fact that similar gene markers were affected in pancreas and fat tissue tells us that some of the same pathways are being influenced, possibly from the earliest stages of life. It will be important to follow up these findings, and to learn more about when and how to intervene to reduce the impact of poor paternal metabolic health on offspring.”

“For a long time, we’ve known that the nutrition and health status of women who are pregnant or who want to get pregnant is critical to the health of her offspring, and we’ve also suspected that the same is true for fathers to a lesser degree,” said Gerald Weissmann, M.D., Editor-in-Chief of The FASEB Journal. “This report is the first step in understanding exactly how the nutrition and health of fathers affects his children, for better or worse.”