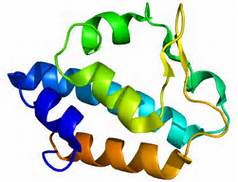 Researchers at the University of Montreal have determined that Asparagine, found in foods such as meat, eggs, and dairy products, is crucial for brain development.

“The cells of the body can do without it because they use asparagine provided through diet. Asparagine, however, is not well transported to the brain via the blood-brain barrier,” said senior co-author of the study Dr. Jacques Michaud, who found that brain cells depend on the local synthesis of asparagine to function properly.

The research originated from a tragedy, a nightmare for every parent. A Quebec family lost one of their sons before the age of one, as one of their sons died of a rare genetic disease causing congenital microcephaly, intellectual disability, cerebral atrophy, and refractory seizures. The family had already lost two prior infants from the same disease, while two of their other children are alive and healthy. Children who are carriers of this mutation suffer, to varying degrees, from a variety of symptoms, including intellectual disability and cerebral atrophy, which can lead to death.

The research team identified the gene responsible for the tragedy as a mutated version of asparagine synthetase, the enzyme responsible for synthesizing the amino acid asparagine. The study is the first to associate a specific genetic variant with a deficiency of this enzyme. “In healthy subjects, it seems that the level of asparagine synthetase in the brain is sufficient to supply neurons,” Michaud said. “In individuals with the disability, the enzyme is not produced in sufficient quantity, and the resulting asparagine depletion affects the proliferation and survival of cells during brain development.”

“Our results not only open the door to a better understanding of the disease,” Michaud said, “but they also give us valuable information about the molecular mechanisms involved in brain development, which is important for the development of new treatments.”