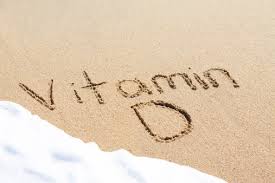 A study published in the Journal of Allergy and Clinical Immunology reports that treating children suffering from atopic dermatitis with vitamin D significantly reduces symptoms.

Atopic dermatitis is a chronic inflammation of the skin and makes patients more vulnerable to bacterial infection. The study participants consisted of 107 children, aged 2 to 17, from nine outpatient clinics in the capital city of Ulaanbaatar.

The participants, with a history of atopic dermatitis symptoms worsening either during cold weather or around the transition from autumn to winter, were randomly divided into two groups. One group received a daily vitamin D dose of 1000 IU while the other received a placebo. The study was conducted as a blind study with neither the children’s parents nor the study investigators knew to which group participants had been assigned.

“While we don’t know the exact proportion of patients with atopic dermatitis whose symptoms worsen in the winter, the problem is common,” says Carlos Camargo, MD, DrPH, MGH Department of Emergency Medicine. “In this large group of patients, who probably had low levels of vitamin D, taking daily vitamin D supplements — which are inexpensive, safe and widely available — proved to be quite helpful.”

The research study determined that consuming vitamin D resulted in an average of 29% improvement of dermatitis symptoms compared with 16 percent improvement in the placebo group.