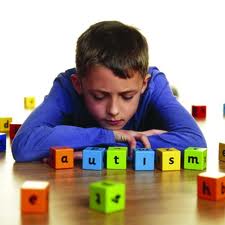 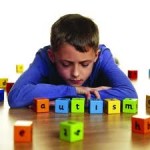 A study of 996 mothers demonstrated that autism is correlated with ant-depressant use in pregnancy and that boys are three times as likely to develop autism or developmental delays after exposure to selective serotonin re-uptake inhibitors (SSRIs) in pregnancy. SSRIs include Celexa, Lexapro, Paxil, Prozac and Zoloft. Results of the study are published online April 14 and in the May print issue of Pediatrics.

The study involved analyzing 966 mother-child pairs from the Childhood Autism Risks from Genetics and the Environment (CHARGE) Study, a population-based case-control study. Standardized measures confirmed developmental status. Interviews with biological mothers ascertained prenatal SSRI use, maternal mental health history, and sociodemographic information. Nearly 800 children were male. The average age of the children at the time of the study was nearly 4 years. About 500 of the children had an autism spectrum disorder, 154 had some type of developmental delay and 320 were typically developing children.

“We found prenatal SSRI exposure was almost three times as likely in boys with autism spectrum disorders relative to typical development, with the greatest risk when exposure is during the first trimester,” said study co-author Li-Ching Lee, an associate scientist in the department of epidemiology at Johns Hopkins Bloomberg School of Public Health, in Baltimore.

While the study found an association between prenatal use of SSRI antidepressants and autism risk in boys, the study authors claim that it did not prove cause-and-effect and were quick to point out that there are risks to both the mother and fetus from untreated depression.

“It’s a complex decision whether to treat or not treat depression with medications during pregnancy,” Lee said. “There are so many factors to consider. We didn’t intend for our study to be used as a basis for clinical treatment decisions. Women should talk with their doctors about SSRI treatments.”