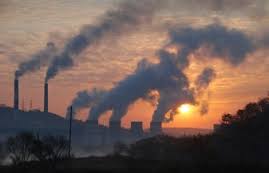 A study by the University of Pittsburgh Graduate School of Public Health, has associated adverse environmental factors with the development of autism. Approximately 3.5 million Americans are affected by autism. The study was conducted to investigate why so many families in the Pittsburgh area experience autism.

The research results were presented at the American Association for Aerosol Research annual meeting in Orlando, FL, and determined that air toxins are a contributing risk factor to developing autism in young children. The study consisted of interviewing 217 families of children with autism spectrum disorder (ASD) and compared these findings with information from two separate sets of comparison families of children without ASD born during the same time period within the six-county area. The families lived in Allegheny, Armstrong, Beaver, Butler, Washington and Westmoreland counties, and the children were born between 2005 and 2009.

Styrene is a compound often used in plastics and paints, and it is also produced by burning gasoline. Chromium is a heavy metal produced by steel hardening and other industrial processes, as well as power plants.

Other environmental pollutants, including cyanide, methylene chloride, methanol and arsenic, were also linked to increased autism risk in children.

“Very few studies of autism have included environmental exposures while taking into account other personal and behavioral risk factors,” said Dr. Talbott, the lead researcher of the study.

The researchers suggest that the results add to the growing body of evidence linking environmental exposures, such as air pollution, to autism.

The Heinz foundation funded the study.”This study brings us a step closer toward understanding why autism affects so many families in the Pittsburgh region and nationwide – and reinforces in sobering detail that air quality matters,” said Grant Oliphant, president of The Heinz Endowments. “Our aspirations for truly becoming the most livable city cannot be realized if our children’s health is threatened by dangerous levels of air toxics. Addressing this issue must remain one of our region’s top priorities.”