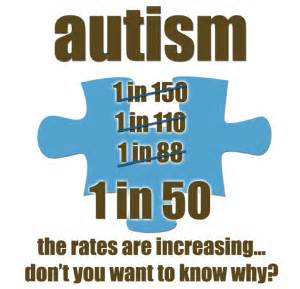 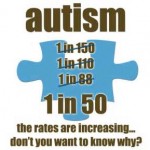 Scientists from the University of Chicago analyzed over 100 million US medical records and found a strong correlation between autism rates and level of intellectual disability and possible indicators of harmful exposure to environmental factors such as pesticides.

The study was published in the PLOS journal and revealed that autism rates exponentially exploded by 283 percent for every one percent increase in genital malformations in newborn males across the country. A similar rate was seen with a 94% increase in intellectual disability rates correlated with genital malformations. The study authors linked genital malformations as an indicator of toxic environmental exposures. Numerous studies have documented the link between environmental toxins and new born abnormalities in a wide array of species. Male fetuses are particularly sensitive to toxins such as environmental lead, sex hormone analogs, medications and other synthetic molecules. Parental exposure to these toxins is thought explain a large portion of congenital reproductive malformations, such as micropenis, hypospadias (urethra on underside of the penis), undescended testicles and others.

“Autism appears to be strongly correlated with rate of congenital malformations of the genitals in males across the country,” said study author Andrey Rzhetsky, PhD, professor of genetic medicine and human genetics at the University of Chicago. “This gives an indicator of environmental load and the effect is surprisingly strong.”

“We interpret the results of this study as a strong environmental signal,” Rzhetsky said. “For future genetic studies we may have to take into account where data were collected, because it’s possible that you can get two identical kids in two different counties and one would have autism and the other would not.”