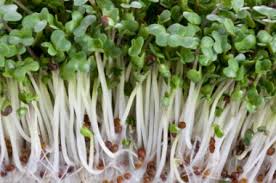 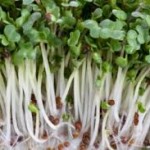 A chemical obtained from broccoli sprouts may lessen the symptoms associated with autism spectrum disorders. The study involved 40 teenage boys and young men aged 13-27, with moderate to severe autism.

Those children who received a daily dose of sulforaphane, the chemical derived from broccoli, experienced substantial improvements in their social interaction and verbal communication, along with decreases in repetitive, ritualistic behaviors, compared to those who received a placebo. Before the trial began, the patients and caregivers filled out three behavioral assessments: the Aberrant Behavior Checklist (ABC), the Social Responsiveness Scale (SRS) and the Clinical Global Impressions-Improvement scale (CGI-I). The evaluations measure sensory sensitivities, ability to relate to others, verbal communication skills, social interactions and other behaviors related to autism.

The patients were randomly selected to receive, based on their weight, 9 to 27 milligrams of sulforaphane daily, and 14 received placebos. Behavioral assessments were again completed at four, 10 and 18 weeks while treatment continued. A final assessment was completed for most of the participants four weeks after the treatment had stopped. The patients who responded to sulforaphane showed significant improvements by the first measurement at four weeks and continued to improve during the rest of the treatment.

After 18 weeks of treatment, the average ABC and SRS scores of those who received sulforaphane had decreased 34 and 17 percent, respectively, with improvements in bouts of irritability, lethargy, repetitive movements, hyperactivity, awareness, communication, motivation and mannerisms.

“We believe that this may be preliminary evidence for the first treatment for autism that improves symptoms by apparently correcting some of the underlying cellular problems,” said Paul Talalay, M.D., professor of pharmacology and molecular sciences, who has researched these vegetable compounds for the past 25 years.

“We are far from being able to declare a victory over autism, but this gives us important insights into what might help,” said co-investigator Andrew Zimmerman, M.D., now a professor of pediatric neurology at UMass Memorial Medical Center.