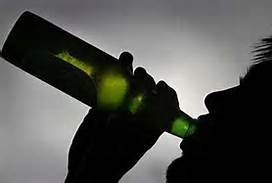 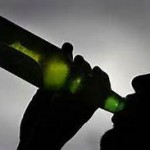 “Binge drinking is increasingly being recognized as a significant public health concern,” said Charles J. Holahan, a professor of psychology at The University of Texas at Austin as well as corresponding author for the study. “In fact, the U.S. Centers for Disease Control recently concluded that binge drinking is ‘a bigger problem than previously thought.’ Ours is one of the first studies to focus explicitly on an older population in examining binge drinking among, on average, moderate drinkers.”

“Some of the greater attention to binge drinking is due to increases in binge drinking since the mid-1990s, but perhaps more because of growing recognition of the importance of patterns: it’s not just how much you drink but how you drink,” added Timothy Naimi, a physician and alcohol researcher at Boston Medical Center at Boston University. “All told, excessive alcohol use causes about 80,000 deaths annually in the US, and many of these deaths are among youth and young and working-age adults.”

“We found that among older adults, those who engage in heavy episodic drinking — even when average consumption is moderate — show significantly increased total mortality risk compared to regular moderate drinkers,” said Holahan. “These findings demonstrate that, among older adults, drinking patterns need to be addressed along with overall consumption in order to understand alcohol’s health effects.”

“This is a crucial point,” added Naimi, “since approximately a quarter of ‘moderate’ drinkers report binge drinking, and most folks in the US don’t typically drink in an ‘average’ way or on a daily basis. Clinicians should understand that even among those with apparently modest average consumption, a number of these folks may be drinking in risky ways.”

“Binge drinking concentrates alcohol’s toxicity and is linked to mortality by damaging body organs and increasing accident risk,” said Holahan. “Binge drinking may be additionally risky for older adults due to aging-related elevations in comorbidities as well as medication use.”

Naimi agreed. “Binge drinking is dangerous and many bad things have happened to drinkers or to others — car accidents, fights, injuries, domestic violence, sexual assaults — on the basis of binge drinking even if it is ‘atypical’ of how they drink and/or among those who are not alcoholic,” he said. “While it is less common among those who are older than among youth and younger adults, it may carry as much or more risk on a per-person basis as older individuals have less physiologic reserves, for example.”