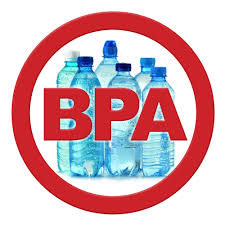 The Journal of Developmental Origins of Health and Disease has published a new study by the University of Missouri, specifying that mice exposed to endocrine disrupters will produce offspring that has chronic health problems associated with a metabolic complications and lack of exercise.

The endocrine disruptors that were tested included Bisphenol A and ethinyl estradial (EE) (estrogen present in birth control pills).The researchers exposed the mice to BPA and EE in the womb and during weaning through the mother’s diet. A third group of mice whose mothers were placed on a control diet and were thus not exposed to either chemical. At weaning, the scientists then placed all the mice on the same control diet and measured their energy expenditure, body composition and level of voluntary physical activity as adults. These disruptors when introduced in developmental stages, created “couch potatoes” among female mice with future metabolic complications.

“We found that if we exposed mice to one of two common endocrine disruptors- bisphenol A (BPA) or ethinyl estradiol (EE), which is the estrogen present in birth control pills, during development, it caused later disruptions in voluntary physical activity once the mice became adults,” said Cheryl Rosenfeld, associate professor of biomedical sciences in the College of Veterinary Medicine and a researcher in the Bond Life Sciences Center at MU. “Mice exposed to endocrine disruptors move around less, are more likely to sleep and engage in less voluntary physical activity.”

“Female mice exposed to BPA and EE were less active than the control mice,” Rosenfeld said. “They moved around less at night–when these mice are typically most active–and moved more slowly, drank less water, and spent more time sleeping. In addition, BPA-exposed females burned more carbohydrates relative to fats, as compared to control mice. This is similar to the difference between obese and slender humans, and many researchers believe that burning more carbohydrates relative to fats can lead to fats gradually accumulating in the body.”

“Our findings are significant because decreased voluntary physical activity, or lack of exercise, can predispose animals or humans to cardiovascular diseases, metabolic disorders and even cancer,” Rosenfeld said.