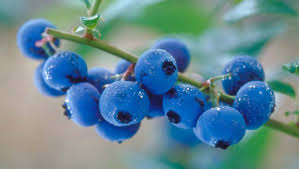 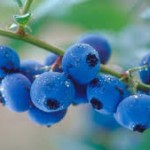 A number of studies have reported on the beneficial health aspects of wild blueberries which contain a rich source of phytochemicals called polyphenols. The phytochemicals contribute to anti-oxidant activity and there are over 600 species of blueberries.

A new study published in the journal Applied Physiology, Nutrition and Metabolism shows that a long term wild blueberry diet substantially impacts on cardiovascular disease and diabetes. The study revealed that, wild blueberry consumption (2 cups per day, human equivalent) for 8 weeks was shown to regulate and improve the balance between relaxing and constricting factors in the vascular wall, improving blood flow and blood pressure regulation of obese Zucker rats with metabolic syndrome.

“The metabolic syndrome (MetS) is a group of risk factors characterized by obesity, hypertension, inflammation, dyslipidemia, glucose intolerance and insulin resistance, and endothelial dysfunction,” explains Dr. Klimis-Zacas, a Professor of clinical nutrition at the University of Maine and a co-author of the study. “MetS affects an estimated 37% of adults in the US .” Many substances found in food have the potential to prevent MetS, thus reducing the need for medication and medical intervention.

“We have previously documented the cardiovascular benefits of a polyphenol-rich wild blueberry in a rat model with impaired vascular health and high blood pressure,” says Klimis-Zacas. “Our new findings show that these benefits extend to the obese Zucker rat, a widely used model resembling human MetS.”

“Endothelial dysfunction is a landmark characteristic of MetS, and the obese Zucker rat, an excellent model to study the MetS, is characterized by vascular dysfunction. The vascular wall of these animals shows an impaired response to vasorelaxation or vasoconstriction which affects blood flow and blood pressure regulation.”