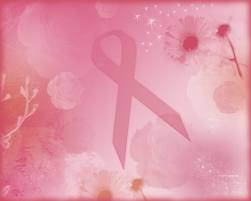 A new research study by the Breast Cancer and the Environment Research Program at Michigan State University, published in the current online issue of Breast Cancer Research suggests that tumor development is ignited in adolescence by a high fat diet.

The findings specify that the high fat diet causes changes in breast cell growth and alterations in immune cells, before tumors appear. These changes persist into adulthood and can lead to the rapid development of precancerous lesions and ultimately breast cancer.

Long term exposure to the diet marks the tumors associated with basal like cancer with a distinct genetic signature.

“This is very significant because even though the cancers arise from random mutations, the gene signature indicating a basal-like breast cancer shows the overarching and potent influence this type of diet has in the breast,” said Sandra Haslam, physiology professor in MSU’s College of Human Medicine and one of the lead investigators of the project.

“Cancers of this type are more aggressive in nature and typically occur in younger women. This highlights the significance of our work toward efforts against the disease.”

The study was partnered by Richard Schwartz, microbiology professor and associate dean in the College of Natural Science.

“It’s important to note that since our experimental model did not involve any weight gain from the high-fat diet, these findings are relevant to a much broader segment of the population than just those who are overweight,” said Schwartz. “This shows the culprit is the fat itself rather than weight gain.”

Preliminary research findings specifies that the animal fat could potentially have permanent effects even if a low-fat diet is introduced later in life.