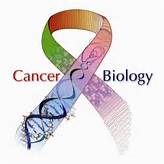 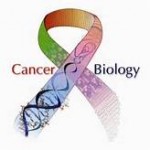 Two studies have linked mutation in the BRCA1 gene diabetes and obesity. BRCA-1 is a key breast cancer gene. Now researchers have identified that the BRCA1 proten is expressed in skeletal muscle of mice and humans and plays a crucial role in fat storage, insulin response and mitochondrial function in skeletal muscle.

“Our findings suggest that certain mutations in the BRCA1 gene may put people at increased risk for metabolic diseases like obesity and type 2 diabetes,” said Dr. Spangenburg the lead author of the study. “Without BRCA1, muscle cells store excess fat and start to look diabetic. We believe that the significance of the BRCA1 gene goes well beyond breast cancer risk.”

This is the first evidence since the discovery of BRCA1 in 1994 that the gene is expressed in human muscle cells and is involved in the development of diabetes and obesity. The protein produced by the BRCA 1 gene binds with a protein known to play an important role in the metabolism of fat in muscle cells known as Acetyl-CoA carboxylase or ACC. After a period of exercise, the BRCA 1 protein binds to ACC, which helps “turns it off.” This deactivation of ACC encourages the utilization of fatty acids by the muscle.

The removal of BRCA1 from the cells, which simulated what could happen in the cells of a person with a BRCA1 mutation, resulted in increased lipid storage, decreased insulin signaling, reduced mitochondrial function and increased oxidative stress. These are all key risk factors for the development of metabolic diseases, such as obesity, type 2 diabetes and cardiovascular disease.

“Our findings make it clear that BRCA1 plays a protective role against the development of metabolic disease,” Dr. Spangenburg explains. “This gene needs to be there, and should be considered a target to consider in the treatment of type 2 diabetes and/or obesity.”

“Our new work suggests that targeting CtBP may provide a way of treating breast cancer and possibly preventing breast cancer,” said Gardner. “Research should continue to focus on the link between obesity, CtBP and breast cancer. This will require more population-based studies and multi-disciplinary teams of scientist to investigate these links.”