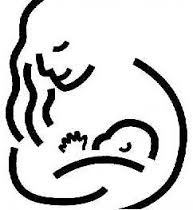 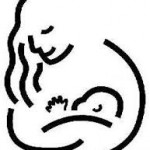 Numerous studies have shown the health benefits of breast feeding infants. Now a new study has revealed that breast feeding a child is linked to a much lower risk of obesity in adulthood. In this study researchers investigated the diet of children at 10 months and 2 years of age and followed the children with a new nutritional assessment every two years until they were 20. At 20 years, several measurements were taken, including height, weight and body composition

In general young children often have a diet characterized by high protein intake and low fat intake; breast milk is rich in fat and contains a small proportion of protein. The American Academy of Pediatrics recommends that fats should not be restricted in children who are younger than 2 years of age. In particular, low-calorie dairy products with low fat content and a high proportion of protein are not indicated before the age of 2-3 years.

The findings of this study quite clearly show that the beneficial effect of breast feeding is visible when nutritional intake up to the age of 2 is considered and is significantly linked to a reduction in body fat at 20 years old. The corresponding statistical model predicted that higher fat intake at 2 years of age are linked to a reduction in overall fat mass at 20 years.

“Our study has therefore shown, for the first time, that if we take account of diet after the period of breast-feeding, the protective role of breast milk over the risk of obesity is clearly apparent,” commented Marie Françoise Rolland-Cachera, former Inserm, (Institut national de la santé et de la recherche médicale), researcher.