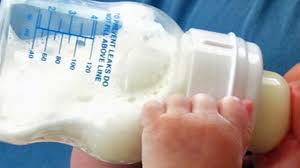 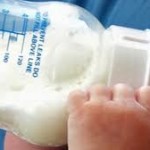 A new study has illustrated that formula fed babies have arsenic levels 7.5 times higher than breast fed babies. Breastfeeding benefits are well recognized, but this is one of the first studies to quantify arsenic levels in formula fed babies vs breastfed infants. Exposure to arsenic at high levels has been associated with cancer, gastrointestinal disorders and other diseases. Early-life exposure to arsenic has been linked to fetal death, reduced birth weight and impaired cognitive functioning.

Researchers from Dartmouth College in Hanover published their findings in the journal Environmental Health Perspectives. The study consisting of measuring arsenic levels in the urine of 72 6-week-old infants from New Hampshire and the breast milk of nine mothers aged 18-45 who were a part of the New Hampshire Birth Cohort Study (NHBCS). In addition, the researchers measured the arsenic concentrations in the tap water of 874 homes in New Hampshire.

Although the researchers also tested the arsenic level in tap water and determined that they were at much higher concentrations than found in baby formula, they found that the powdered formula was the main source of arsenic exposure.

“This study’s results highlight that breastfeeding can reduce arsenic exposure even at the relatively low levels of arsenic typically experienced in the United States,” said lead author Professor Kathryn Cottingham. “This is an important public health benefit of breastfeeding.”

“We advise families with private wells to have their tap water tested for arsenic,” said senior author Professor Margaret Karagas, principal investigator at Dartmouth’s Children’s Environmental Health and Disease Prevention Research Center. Added study co-lead author Courtney Carignan: “We predict that population-wide arsenic exposure will increase during the second part of the first year of life as the prevalence of formula-feeding increases.”