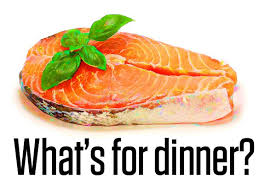 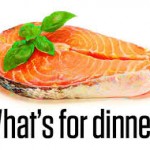 The law, called AB 504, was signed by Governor Jerry Brown, which bans commercial production of genetically engineered salmon in all of California’s state water.

The center for food safety has welcomed the announcement but warns of a dangerous loophole in the bill which allows for the reproduction of GE salmon and trout for research purposes.. “California has taken an important step to protect its native salmon and trout stocks. Genetically engineered salmon pose a serious risk to our waterways and our native fish populations,” said Rebecca Spector, West Coast Director of CFS. “

The concern arises as genetically engineered salmon and trout are raised in tanks located in tanks held right next to waterways containing the wild variety of the fish being engineered. Crossbreeding occurs quite readily and breeding tanks can be wiped out by storms allowing genetically fish to escape into natural water ways.

A previous 2013 study found that GE Atlantic salmon can successfully cross-breed with brown trout, a closely related species, creating hybrid species. The researchers found that the transgenic hybrids not only grew faster than the non-GE wild salmon, wild trout and wild-type hybrids, but in simulated stream conditions, transgenic hybrids were outcompeting both the GE salmon and wild salmon. This dynamic poses serious risks wild populations that are already under duress.

AB 504 provides for the following:

• Codifies the regulatory definition of “transgenic.”
• Extends the prohibition of spawning, incubation, or cultivation of transgenic salmonids in the Pacific Ocean to all waters of the state. The hatchery production and stocking of transgenic salmonids would be expressly prohibited.
• Prohibits research or experimentation for the commercial production of transgenic salmonids.
• Authorizes the Department of Fish and Wildlife (DFW) to issue a specified permit for medical or scientific research conducted on transgenic finfish species by accredited California academic institutions or private entities for research only and not for commercial production. DFW is required to notify the Legislature’s Joint Committee on Fisheries and Aquaculture and the California Fish and Game Commission upon receipt of a specified permit application at least 30 days prior to the approval or disapproval of the permit.
• Requires that any research activities be conducted in a closed system that has eliminated the risk of escape of transgenic fish species and any potential disease they may transmit. It also requires a permit application to include a research plan specifying the objectives and goals of the proposed research.