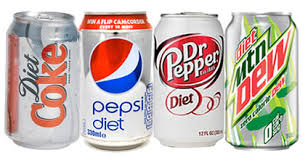 A new study published by Fukuoka University in Japan has revealed that carbonated beverages are associated with increased cardiac arrests. The research participants included data on 800,000 patients according to results from the All-Japan Utstein Registry presented for the first time today at ESC Congress.

The study in nearly 800,000 patients suggests that limiting consumption of carbonated beverages may be beneficial for health. Data was obtained from the Ministry of Health, Labour and Welfare of Japan, and analyzed the consumption of the various beverages per person, which revealed that 785,591 OHCA cases received resuscitation, of which 435 064 (55.4%) were of cardiac origin and 350 527 (44.6%) were of non-cardiac origin. Those of non-cardiac origin included cerebrovascular disease, respiratory disease, malignant tumour, and exogenous disease (4.8%, 6.1%, 3.5%, and 18.9%, respectively).

“Some epidemiologic studies have shown a positive correlation between the consumption of soft drinks and the incidence of cardiovascular disease (CVD) and stroke, while other reports have demonstrated that the intake of green tea and coffee reduced the risk and mortality of CVD,” said principal investigator Professor Keijiro Saku, Dean and professor of cardiology at Fukuoka University in Japan. “Carbonated beverages, or sodas, have frequently been demonstrated to increase the risk of metabolic syndrome and CVD, such as subclinical cardiac remodeling and stroke. However, until now the association between drinking large amounts of carbonated beverages and fatal CVD, or out-of-hospital cardiac arrests (OHCA) of cardiac origin, was unclear.”

The research statistics determined that carbonated beverage expenses were significantly associated with OHCAs of cardiac (r=0.30, p=0.04), but not non-cardiac origin (r=-0.03, p=0.8).

“Carbonated beverage consumption was significantly and positively associated with OHCAs of cardiac origin in Japan, indicating that beverage habits may have an impact on fatal CVD,” said Professor Saku. “The acid in carbonated beverages might play an important role in this association.”