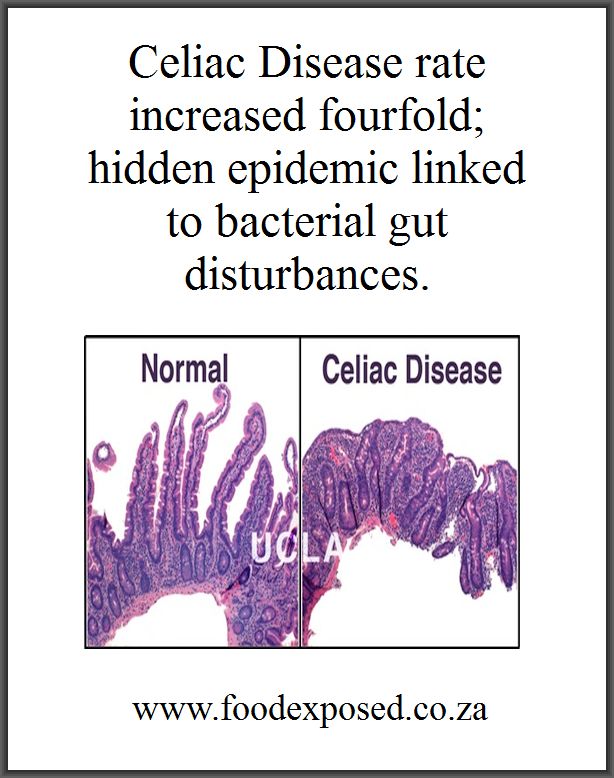 A study from the UK has revealed that the number of children diagnosed with celiac disease has tripled in the last 20 years. The children who participated ranged in age from birth to the age of 18, between 1993-2012.

Among the total of 2,063,421 children, 1247 had been diagnosed with celiac disease during this period, corresponding to around 1 new case in every 10,000 children every year. The researchers suggest that up to 1% of all children in the UK have an autoimmune reaction to dietary gluten from wheat, barley and rye.

The evidence to date suggests that up to 1% of all children in the UK have blood markers for celiac disease, an autoimmune reaction to dietary gluten from wheat, barley, and rye.

Celiac disease is a medical condition that damages the lining of the small intestine and prevents it from absorbing parts of food that are important for staying healthy. The damage is due to a reaction to eating gluten, which is found in wheat, barley, rye, and possibly oats.

The number of cases diagnosed between 1993 and 2012 rose by 39% in boys and doubled in girls and diagnoses among children older than 2 years almost tripled in the space of 20 years.The diagnosic rate for coeliac disease in 2008-12 among children was 75% higher than it was in 1993-97. Analysis of the social and economic background of children determined that children from less well-off backgrounds were only half as likely to be diagnosed with the condition.

The researchers attribute awareness of celiac disease to the increased diagnostic rate; although this not explain the differences found in socioeconomic background.