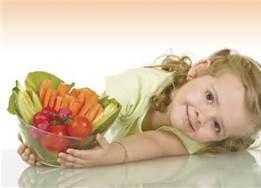 A new study published in the journal of Neuroimage has for the first time reported that being overweight changes the hippocampus. That part of the brain is associated and involved in memory, learning, and emotions and appetite control.

The study findings reflect that a molecule called N-acetyl-aspartate (NAA) is strongly correlated with brain health with overweight study participants exhibiting lower levels of NAA in the hippocampus than normal weight subjects. The effect was independent of age, sex, and psychiatric diagnoses.

“The relevance of the finding is that being overweight is associated with specific changes in a part of the brain that is crucial to memory formation and emotions, and probably to appetite,” said Dr. Coplan. The study is believed to be the first human research documenting the association of NAA with body weight.

“Whether low NAA is a consequence of being overweight, causes being overweight, or a combination of both remains to be determined,” Dr. Coplan added. “Future studies are planned to focus on whether weight loss leads to an increase in NAA.”

The researchers also correlated anxiety with low levels of NAA in the hippocampus, but was not associated with a high body mass index (BMI),” Dr. Coplan said. Dr. Coplan and his team looked at persons with a BMI equal to or greater than 25. Normal weight is defined as a BMI of 18.5-24.9, overweight between 25 and 29.9, and obesity at a BMI of 30 or greater.

Another study has specified that healthy habits concerning nutrition and physical exercise acquired at an early age have a significant impact on overall health later in life.

“The results of our study reveal how important it is to acquire health-promoting habits at early adult age already. This should also be in the focus of prevention measures,” Professor Alexander Woll, Head of the KIT Institute of Sports and Sport Science, explains.

In their study researchers used a four-stage biopsychosocial model to identify mutual interactions of health-relevant factors. Migration background and socioeconomic status were examined on the first level of the model; social support, stress management strategies and feeling of coherence on the second level; third level included behavioral factors and physical fitness and health were on the fourth level. The study participants included 243 women and 252 men surveyed between 1992-2010.

The research findings quite clearly revealed that factors on all levels, especially the migration background and socioeconomic status, stress management strategies and expectation of impacts as well as nutrition and physical exercise habits, had a direct or indirect influence on physical fitness and health of the participants in 1992.

Initial nutrition and physical exercise was strongly correlated with the status of fitness and health in the following 18 years.