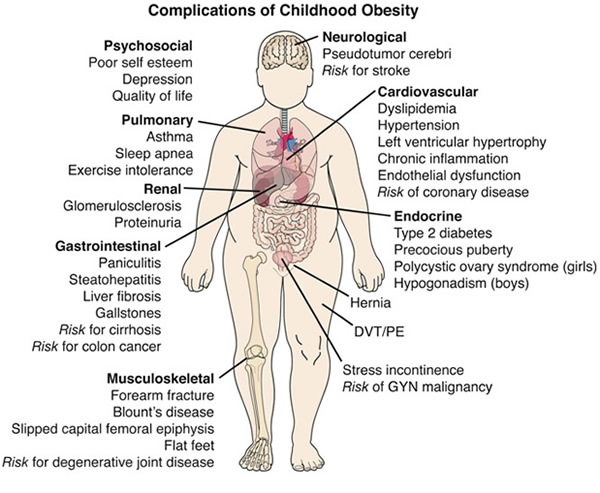 The statistics reflect that the rate of severe childhood obesity has tripled over the last 25 years and five percent of U.S. children are classified as “severely obese”.

A statement was released by the American Heart Association published online in the journal Circulation.

“Severe obesity in young people has grave health consequences,” said Aaron Kelly, Ph.D., lead author of the statement and a researcher at the University of Minnesota Medical School in Minneapolis. “It’s a much more serious childhood disease than obesity.”

BMI is a measurement based on weight and height. Age- and gender-specific growth charts are used to calculate BMI for children. Children at the 95th BMI percentile or higher are obese, and those between the 85th and 95th percentiles are overweight.

“The step from lifestyle change and medication to surgery is unacceptably large because weight loss surgery isn’t appropriate for or available to all severely obese children,” Kelly said.

Related statistics and research published in Archives of Disease in Childhood demonstrates the health risk children are exposed to with two out of three severely obese kids already having at least one risk factor for heart disease.

The findings are based on statistical date supplied by pediatricians to the Dutch Paediatric Surveillance Unit between 2005 and 2007, where doctors treating all new cases of severe obesity in children from the ages of 2 to 18 across The Netherlands were asked to supply information on their patients’ cardiovascular risk factors, including high blood pressure, fasting blood glucose levels, and blood fats (lipids).

Just over half (52%) of these 307 children were boys. They tended to be more severely obese at the younger end of the age spectrum; the reverse was true of girls. Full information on cardiovascular risk factors was available for 255 (83%).

Two out of three (67%) had at least one cardiovascular risk factor. Over half (56%) had high blood pressure; a similar proportion (54%) had high levels of low density ‘bad’ cholesterol; one in seven (14%) had high fasting blood glucose; and just under 1 per cent already had type 2 diabetes. Only one child had a medical condition that triggered obesity.

“The prevalence of impaired fasting glucose in [these children] is worrying, considering the increasing prevalence worldwide of type 2 diabetes in children and adolescents”.”Likewise, the high prevalence of hypertension and abnormal lipids may lead to cardiovascular disease in young adulthood”, the authors concluded.