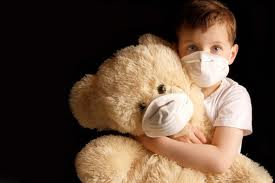 A new study published in the Journal of Alzheimer’s disease has revealed that children living in megacities are at increased risk for brain inflammation and neurodegenerative changes as a result of high levels of air pollution.

The study determined that air particulate matter consisting of metals which are inhaled or swallowed are harmful affecting and breaking down the respiratory, gastrointestinal and the blood-brain barriers and can result in long-lasting harmful health effects.

The breakdown of the blood-brain barrier and the presence of autoantibodies reacting to important brain proteins has the potential to contribute to the neuroinflammation observed in urban children and raises the question of what role air pollution plays in a 400 percent increase of MS cases in Mexico City, making it one of the main diagnoses for neurology referrals.

The research team compared 58 serum and cerebrospinal fluid samples from a control group living in a low-pollution city and matched them by age, gender, socioeconomic status, education and education levels achieved by their parents to 81 children living in Mexico City.

The research findings reflected that the children living in Mexico City had significantly higher serum and cerebrospinal fluid levels of autoantibodies against key tight-junction and neural proteins, as well as combustion-related metals.

“We asked why a clinically healthy kid is making autoantibodies against their own brain components,” Calderón-Garcidueñas said. “That is indicative of damage to barriers that keep antigens and neurotoxins away from the brain. Brain autoantibodies are one of the features in the brains of people who have neuroinflammatory diseases like multiple sclerosis.”

“The barriers are there for a reason,” she said. “They are there to protect you, but once they are broken the expected results are not good.”

The researchers have correlated the research findings to a potential increased risk of developing neurological disease such as Alzheimer’s and Parkinson’s.