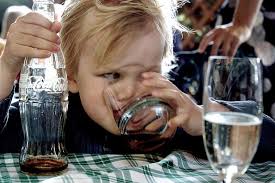 The Yale Rudd Center for Food Policy and obesity has released a new report, (Sugary drink facts 2014), showing how children and teens are a key target audience for soft drink advertising.

The report measured total exposure to TV advertising for sugary drinks by preschoolers (2-5), children (6-11) and teenagers (12-17), as well other forms of marketing they encounter “Despite promises by major beverage companies to be part of the solution in addressing childhood obesity, our report shows that companies continue to market their unhealthy products directly to children and teens,” said Jennifer Harris, PhD, Yale Rudd Center’s director of marketing initiatives and lead author of the report. “They have also rapidly expanded marketing in social and mobile media that are popular with young people, but much more difficult for parents to monitor.”

Researchers examined changes in the nutritional content of sugar-sweetened drinks including sodas, fruit drinks, flavored waters, sports drinks, iced teas, as well as zero-calorie energy drinks and shots. They also analyzed marketing tactics for 23 companies that advertised these products, including amount spent to advertise in all media; child and teen exposure to advertising and brand appearances on TV and visits to beverage company websites, including differences for black and Hispanic youth; advertising on websites popular with children and teens; and marketing in newer media like mobile apps and social media. Researchers also examined changes in advertising of diet beverages, 100% juice, and water.

The key findings of the report are as follows:

One out of three TV ads for sugary drinks viewed by teens, and one out of four such ads viewed by preschoolers and children, promoted energy drinks. According to the American Academy of Pediatrics, energy drinks “have no place in the diet of children and adolescents.”

Out of all advertising dollars, beverage companies continued to spend four times as much to advertise sugar-sweetened beverages as they spend on 100% juice and plain water; just 4% of their advertising spending was devoted to water.

Companies actively market on social media and via mobile apps, popular with youth.

Beverage companies continue to target Black and Latino youth, who have higher rates of obesity than white youth.

Black children and teens saw more than twice as many sugary drink ads on TV as their white peers.

The Rudd Center expressed concern relating to targeted teen marketing: “Industry self-regulation only limits advertising on a fraction of the TV shows and websites that youth see, and classifies children as adults the day they turn 12 years old, said Marlene Schwartz, PhD, director of the Rudd Center. “Our children deserve to grow up in a culture where they are exposed to messages that promote health, not sugar and caffeine.”