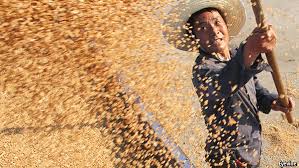 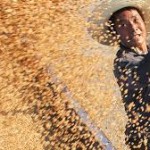 A report by ECN, confirmed that China has destroyed genetically modified corn and cotton crops grown in an unauthorized trial in the Hainan province. Hainan is an island province at the southern most part of China, just across the Gulf of Tonkin from Vietnam. “Hainan” literally means “South of the Ocean,”; is China’s smallest province, and also the largest island under the jurisdiction of the People’s Republic of China.

The provincial agricultural department announced that it had investigated the cities and counties in Sanya, Lingshui and Ledong from Dec 23 to 27, 2013, and examined 107 crop samples. Nine corn and cotton genetically modified crop trials were destroyed and six suspected samples are waiting for further inspection and verification.

China has strict laws concerning the growth of unauthorized genetically modified food. Initially, China’s labeling law resembled Japan’s, requiring labeling of only certain known categories of genetically modified products derived from corn, cotton, rapeseed, soybeans, and tomatoes. In 2007, this law was expanded to require that all GM foods must be labeled (no minimum threshold stipulated).

The agricultural department adamantly stressed that any genetically modified crop trials without prior permission are banned and that there are severe consequences who conduct such trials.