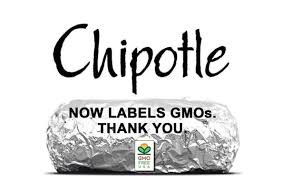 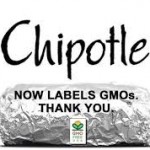 Chipotle announced on Monday that it will begin preparing food that does not contain any genetically engineered ingredients. The commitment was announced to offer consumers a healthier alternative in support of a healthier lifestyle.

“This is another step toward the visions we have of changing the way people think about and eat fast food,” said Steve Ells, founder and co-chief executive of Chipotle. “Just because food is served fast doesn’t mean it has to be made with cheap raw ingredients, highly processed with preservatives and fillers and stabilizers and artificial colors and flavors.”

There is a trend by companies based on a large scale grass root anti-gmo movement to implement products tailored to customers demands. Other stores and restaurants are moving to take genetically modified ingredients, or G.M.O.s, out of their products or to label products so that consumers know which are free of them. Whole Foods stores will label any products containing such ingredients by 2018, and Walmart is vastly expanding its selection of organic foods, which are free of genetic alteration by law.

Chipotle uses 68 ingredients, including salt and pepper, making the move to a GMO free commitment much easier. Finding GMO free flour tortillas represented the largest problem in this scenario. “The shortening had an oil in it that was derived from soybeans,” said Chris Arnold, Chipotle’s spokesman. “We won’t use lard for tortillas because of our vegan and vegetarian customers, and we can’t use palm oil because of the environmental impact.”