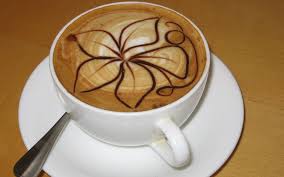 A study, published in the journal Hepatology, has specified that caffeinated and decaffeinated coffee may benefit liver health. Higher coffee consumption regardless of caffeine content was linked to lower levels of abnormal liver enzymes suggesting that the compounds in coffee may protect the liver.

It is estimated that 50% of Americans drink three cups each day on average. Prior research has touted the health benefits of coffee including protecting from diabetes, cardiovascular disease, non-alcoholic fatty liver disease, cirrhosis, and liver cancer.

The findings revealed that study participants who reported drinking three or more cups of coffee per day had lower levels of ALT, AST, ALP and GGT compared to those not consuming any coffee. Researchers also found low levels of these liver enzymes in participants drinking only decaffeinated coffee.

“Prior research found that drinking coffee may have a possible protective effect on the liver. However, the evidence is not clear if that benefit may extend to decaffeinated coffee,” explains lead researcher Dr. Qian Xiao from the National Cancer Institute in Bethesda, Maryland.

Dr. Xiao concludes, “Our findings link total and decaffeinated coffee intake to lower liver enzyme levels. These data suggest that ingredients in coffee, other than caffeine, may promote liver health. Further studies are needed to identify these components.”