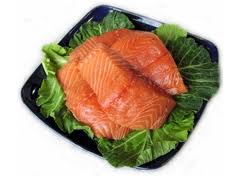 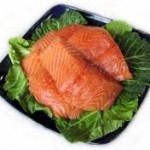 A new study by the USDA Human Nutrition Research Center at Tufts University has examined the relevance of long-chain polyunsaturated fatty acids (PUFAs) to brain health and the ability of alpha-linolenic acid (ALA), eicosapentaenoic acid (EPA), and docosahexanoic acid (DHA) to impact on cognitive decline. The 2010 U.S. Dietary Guidelines recommended an intake of 8 or more ounces of seafood per week (less for young children) to ensure an adequate intake of the very long chain omega-3 fatty acids (EPA and DHA). This translates to about 1,750 mg of EPA and DHA per week, which averages to 250 mg per day.

The population group and study design consisted of a longitudinal, observational study using the Boston Puerto Rican Health Study cohort. The study results were presented at the Experimental Biology 2014 meeting on Sunday, April 27.

“The participants were put through an intensive series of cognitive tests such as memory tests using a list of words, an attention test to repeat lists of numbers forward and backward, and a test of organization and planning involving copying complex figures,” said Dr. Tammy Scott, lead researcher of the study. To examine the participants’ intake of PUFAs they were asked to complete a questionnaire. The results were determined after comparing baseline test numbers with a 2 year follow up.

Scott’s group reported that only 27% of the participants in their study met or exceeded that recommendation with the major source of EPA and DHA in their diets appeared to be from canned tuna. Based on the scientists’ findings, being in the lowest 25 % percentile of EPA and DHA intake was predictive of cognitive decline over 2 years.

“While more research is needed to determine whether intake of fatty fish such as salmon, tuna and trout can help prevent against cognitive decline, our preliminary data support previous research showing that intake of these types of fish have health benefits,” Scott said.