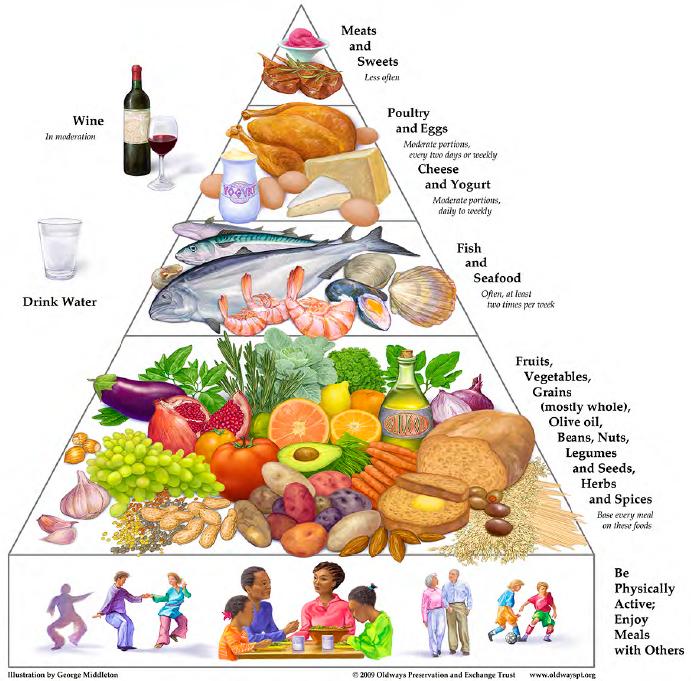 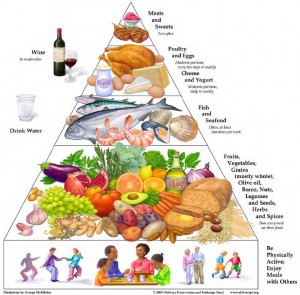 A review of the available literature confirms that the Mediterranean diet has a positive impact on cognitive function. The link between adherence to the diet and a lower risk of age related disease such as dementia has been well identified.

A Mediterranean diet typically consists of higher levels of olive oil, vegetables, fruit and fish. A higher adherence to the diet means higher daily intakes of fruit and vegetables and fish, and reduced intakes of meat and dairy products.

The review published in the journal of Epidemiology is the first systematic comparison of research, where a number of studies regarding a Mediterranean diet and cognitive function were reviewed for consistencies, common trends and inconsistencies.

In nine out of the 12 studies examined, a higher adherence to a Mediterranean diet was associated with better cognitive function, lower rates of cognitive decline and a reduced risk of Alzheimer’s disease.

The study author researcher Iliana Lourida concluded: “Mediterranean food is both delicious and nutritious, and our systematic review shows it may help to protect the aging brain by reducing the risk of dementia. While the link between adherence to a Mediterranean diet and dementia risk is not new, ours is the first study to systematically analyze all existing evidence.”

She added: “Our review also highlights inconsistencies in the literature and the need for further research. In particular research is needed to clarify the association with mild cognitive impairment and vascular dementia. It is also important to note that while observational studies provide suggestive evidence we now need randomized controlled trials to confirm whether or not adherence to a Mediterranean diet protects against dementia.”

An older study dating back to 2010 determined that the Mediterranean diet may lower risk of brain damage that causes problems with cognitive function and memory.

The study presented at the American Academy of Neurology’s 62nd Annual Meeting in Toronto in 2010 demonstrated that people who ate a Mediterranean-like diet were less likely to have brain infarcts, or small areas of dead tissue linked to thinking problems.

Researchers had investigated the diets of 712 people in New York and divided them into three groups based on how closely they were following the Mediterranean diet. Then they conducted MRI brain scans of the people an average of six years later. A total of 238 people had at least one area of brain damage.

“The relationship between this type of brain damage and the Mediterranean diet was comparable with that of high blood pressure,” said study author Nikolaos Scarmeas, MD, MSc, of Columbia University Medical Center in New York and a member of the American Academy of Neurology. “In this study, not eating a Mediterranean-like diet had about the same effect on the brain as having high blood pressure.”