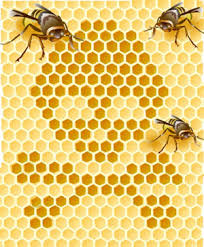 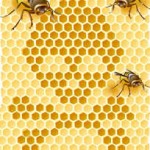 Honey has many health benefits. Unfortunately the United States does not require the source of origin to be disclosed nor does it require that honey derived from genetically modified, (GM), pollen be disclosed. A study published in the journal of Scientific Reports reveled the extent of gm contamination in honey from Mexico, who is the fourth largest producer and exporter of honey in the world.

In this study honey comb samples from Las Flores, Campche Mexico contained soybean pollen. Out of nine samples six contained soy pollen and two tested positive for soybean GMO. Field observations of the region revealed that honey bees, Apis mellifera, gather soybean pollen and nectar. The resultant risk for honey production in the Yucatán Peninsula and Mexico is evident in wholesale price reduction of 12% when GMO products are detected and honey consignments are rejected.

In 2011 the Court of Justice of the European Union ruled on a case involving the contamination of honey with pollen from genetically modified (GM) corn.

A beekeeper in Germany who kept bees in the vicinity of research plots that were grown with Monsanto’s Bt corn, which is designed to kill the larvae of certain moths, had his honey and pollen (which was sold as a food supplement) tested, and small amounts of Bt pollen were found in some of the samples. He considered his product “unsuitable for marketing and for consumption” (Court of Justice of the European Union Press Release No. 79/11).

As a result, this beekeeper and four fellow beekeepers started legal proceedings against the state of Bavaria, which owned the land upon which the corn was grown. The Bavarian court then sought the judgment of the EU Court of Justice.

In its ruling the EU court states that the GM pollen must be considered as an ingredient of the honey, regardless of whether it is an intended or unintended ingredient.

Therefore honey or pollen supplements containing GM ingredients would be subject to a special safety and approval process stipulated for any food product in the EU that contains ingredients produced from genetically modified organisms (GMOs). All foods containing GM products must be labeled in the EU, in contrast to the United States, where there is no labeling. It would be unlawful for a beekeeper in the EU to sell honey containing GM pollen — even the smallest amounts — without having gone through the complex safety and approval process.

The European parliament on Wednesday reached a decision stating that the gm component in honey produced with genetically modified pollen does not need to be disclosed in any capacity. That decision was met with heavy criticism from various concerned consumer and political groups.