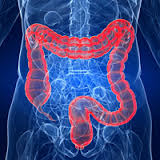 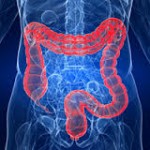 Epigenetics is defined as alterations in genes caused by environmental causes. A new study has linked these epigenetic changes to Chrohn’s Disease, (CD), in children.

Chrohn’s disease is a progressively debilitating incurable condition that may attack anywhere along the digestive system. Crohn’s disease and ulcerative colitis, which involves only the large intestine (colon), are the two main types of inflammatory bowel disease. Approximately 1.4 million American adults and children suffer from CD or ulcerative colitis.

The research findings, published in the journal of Inflammatory Bowel Diseases, reveals alterations of DNA in several regions of the genome in children diagnoses with Chrohn’s disease.

In this study researchers analyzed the genome of children with newly diagnosed CD, before any treatment, to investigate possible epigenetic changes that affect gene behavior. The results reflect epigenetic changes at 65 different sites across the genome. Nineteen sites showed clustering of epigenetic changes, pointing at genetic pathways that might be relevant to CD development.

The gene loci implicated in significant changes impacting on CD include genes responsible for immune and cellular functions, that play a significant role in developing CD. The study confirms that a number of health conditions are caused by epigenetic changes including rheumatoid arthritis, multiple sclerosis, type 2 diabetes, and obesity.