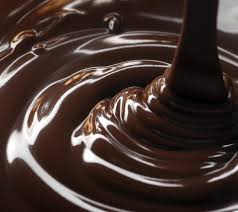 In another study which no doubt will delight chocolate lovers, additional health benefits to chocolate has been determined. In this study different groups of lab mice were fed a different diet including high-fat and low-fat diets, and high-fat diets supplemented with different kinds of flavanols.

It was determined that adding one particular set of these compounds, known as oligomeric procyanidins (PCs), to the food made the biggest difference in keeping the mice’s weight down if they were on high-fat diets. They also improved glucose tolerance, which could potentially help prevent type-2 diabetes. Oligomeric PCs are contained in cocoa and appear to possess the greatest antiobesity and antidiabetic bioactivities of the flavanols in cocoa, particularly at the low doses employed for the present study.

The flavanol ingredient in chocolate originates from the cacoa seeds, which has been characterized as a super fruit due to the high levels of their antioxidant activity. A previous study determined that both dark chocolate and cocoa had a greater antioxidant capacity and a greater total flavanol, and polyphenol, content than fruit juices.

Flavanols can be found in tea, grapes, red wine, apples and cocoa products and have also been associated with a decreased risk of dementia.

In one study, 90 elderly participants with mild cognitive impairment drank either 990 milligrams (high), 520 mg (intermediate) or 45 mg (low) of a dairy-based cocoa flavanol drink for eight weeks on a daily basis. The diet was restricted to eliminate other sources of flavanols from foods and beverages other than the dairy-based cocoa drink.

Scores significantly improved in the ability to relate visual stimuli to motor responses, working memory, task-switching and verbal memory for those drinking the high and intermediate flavanol drinks.

Insulin resistance, blood pressure and oxidative stress also decreased in those drinking high and intermediate levels of flavanols daily. Changes in insulin resistance explained about 40 percent of the composite scores for improvements in cognitive functioning.

“This study provides encouraging evidence that consuming cocoa flavanols, as a part of a calorie-controlled and nutritionally-balanced diet, could improve cognitive function,” said Giovambattista Desideri, M.D., study lead author and director of Geriatric Division, Department of Life, Health and Environmental Sciences, University of L’Aquila in Italy. “The positive effect on cognitive function may be mainly mediated by an improvement in insulin sensitivity. It is yet unclear whether these benefits in cognition are a direct consequence of cocoa flavanols or a secondary effect of general improvements in cardiovascular function.”