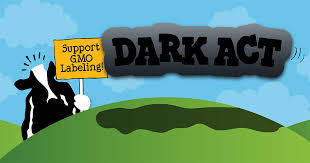 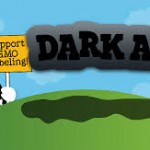 A bill, called the Dark Act, introduced by Rep. Mike Pompeo, and supported by Tom Vilsack (Agricultural secretary) will preempt all state GMO labeling laws if approved. The bill was referred to the Sub-committee on Health and is still pending a full determination. The bill can be viewed in its entirety here: https://www.congress.gov/bill/113th-congress/house-bill/4432

Vilsack, in an appearance before the Grocery Manufacturers Association during the week of April 30th specified that he shared the industry’s concerns about state labeling laws, a spokesman said. Rep. Mike Pompeo, R-Kan., has recruited thirty co-sponsors for the bill so far, including nine Democrats.

The bill would have significant impact on individual state labeling laws and preempt them. Consumer group advocates have voiced outrage over the potential federal mandate which would override state control and the abilities of cities to regulate their own agricultural produce. The Vermont lawsuit by the Grocery Manufacturer’s association against the State of Vermont to address the state GMO labeling law was dismissed in part and the preliminary injunction for declaratory relief was not granted.

Under the House bill, no labeling of foods with genetically engineered ingredients could be required unless there is a “material difference” between the biotech ingredient and its conventionally bred version. The legislation details rules for a premarket approval process run by the Food and Drug Administration for new biotech ingredients.

The bill also would set up a certification process run by the Agriculture Department for foods that are labeled as non-GMO.

Pompeo told Agri-Pulse on Thursday that the Vermont ruling underscored the potential threat of state and local labeling requirements.

“You will ultimately have a thousand different rules, not 50. You’ll have every town decide they have their own set of rules, every city, LA, San Francisco. The cost of food for low-income Americans will go far higher than it needs to be,” Pompeo said.

Every state and town has the ability to determine their own rules and ordinances which residents have to abide by. It is apparent that fear mongering by Senator Mike Pompeo is being used to influence the vote.