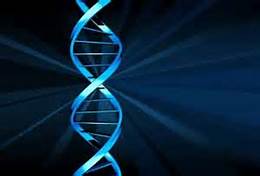 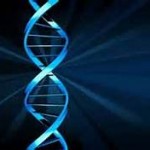 A new study, published in the journal of diabetes, has shown that a single gene called MADD is linked to diabetes in mice. Mutation of the gene in mice causes fasting hyperglycemia, one of the major symptoms of type 2 diabetes. The disease impacts on 8 percent of Americans and more than 366 million people worldwide. It can cause serious complications, including cardiovascular disease, kidney failure, loss of limbs and blindness.

Insulin in a healthy person is released by beta cells in the pancreas in response to increases in blood glucose after eating. Insulin allows glucose to enter cells where it can be used as energy, keeping glucose levels in the blood within a narrow range. People affected by type 2 diabetes don’t produce enough insulin or are resistant to its effects. They must closely monitor their blood glucose throughout the day and, when medication fails, inject insulin.

If a gene called MADD is not functioning properly, insulin is not released into the bloodstream to regulate blood sugar levels, says Bellur S. Prabhakar, professor and head of microbiology and immunology at UIC and lead author of the paper.

In this study a mouse model was developed in which the MADD gene was deleted from the insulin-producing beta cells. All such mice had elevated blood glucose levels, which the researchers found was due to insufficient release of insulin. A prior study had linked the MADD gene to type 2 diabetes and cancer.

“We didn’t see any insulin resistance in their cells, but it was clear that the beta cells were not functioning properly,” Prabhakar said. Examination of the beta cells revealed that they were packed with insulin. “The cells were producing plenty of insulin, they just weren’t secreting it,” he said.

The finding shows that type 2 diabetes can be directly caused by the loss of a properly functioning MADD gene alone, Prabhakar said. “Without the gene, insulin can’t leave the beta cells, and blood glucose levels are chronically high.”

Prabhakar now hopes to investigate the effect of a drug that allows for the secretion of insulin in MADD-deficient beta cells.

“If this drug works to reverse the deficits associated with a defective MADD gene in the beta cells of our model mice, it may have potential for treating people with this mutation who have an insulin-secretion defect and/or type 2 diabetes,” he said.