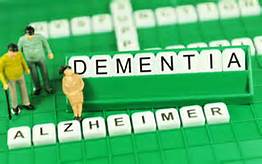 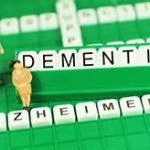 Epigenetic changes are caused by a wide variety of environmental influences that impact on the genetic code and are defined as heritable changes to DNA structure that do not involve changes to the DNA sequence. Unlike sequence changes, they can be reset or undone under certain conditions a new study, published in the journal of Diabetes has confirmed that Diabetes in the elderly is strongly associated with cognitive deterioration and caused the onset of Alzheimer’s and significantly contributed to its progression. The cause was associated with epigenetic changes in the brain as a result of diabetes.

“This new evidence is extremely intriguing, given that approximately 60 percent of Alzheimer’s disease patients have at least one serious medical condition associated with diabetes,” said Dr. Pasinetti the lead author of this study. “What this adds is much needed insight into the potential mechanism that might explain the relationship between diabetes and Alzheimer’s disease onset and progression by mechanisms through which DNA functions.”

“The next question we must ask is how we can translate this into the development of novel disease prevention and treatment strategies,” Dr. Pasinetti added. “If we can find out how DNA epigenetic modification can be manipulated pharmacologically, these studies will be instrumental in the formulation of novel treatments and possible preventative strategies in Alzheimer’s disease.”

The risk of diabetes can be modified by nutrition and the function of insulin-producing cells has been correlated to epigenetic changes and half of the known genetic variants for type 2 diabetes are affected.

“This means that we gain a tool to influence the function of the risk genes, improve insulin release and thereby reduce the risk of diabetes,” says Charlotte Ling at Lund University Diabetes Centre, who has published a study on epigenetic effects in connection with type 2 diabetes in the journal Diabetologia.

“We have shown that 19 of 40 known genetic risk variants for type 2 diabetes are affected by DNA methylation, which in turn changes the function of the insulin-producing cells,” says Charlotte Ling. “This is important. Many researchers have put a lot of time and resources into mapping our genome and finding genetic risk markers for diabetes and other diseases. We know that there are genetic variants that increase the risk of type 2 diabetes, but in most cases the reasons why this happens are still not known. The next step is to find this out and after this study of the genetic risk variants, we can say that in some cases the increased risk is probably due to varying degrees of DNA methylation.”

The present study shows that DNA methylation of genetic risk variants for diabetes influence the insulin-producing cells in various different ways, such as the amount of insulin they contain and the amount they are able to release into the blood stream. “The next step in our work is to test whether we can reduce the risk of type 2 diabetes by changing the degree of DNA methylation in the genetic risk variants for the disease.”

How does epigenetic modification correlate with nutrition?

Studies have demonstrated that certain types of nutrition lower the rate of diabetes. The Mediterranean diet which consists of a high percentage of fruits and vegetables has been linked to a lower risk of developing diabetes as does a diet low on red meat.

The study is the first to look at the effects of individual fruits on diabetes risk and found that eating more whole fruits, particularly blueberries, grapes, and apples lowered the risk of type 2 diabetes.

“While fruits are recommended as a measure for diabetes prevention, previous studies have found mixed results for total fruit consumption. Our findings provide novel evidence suggesting that certain fruits may be especially beneficial for lowering diabetes risk,” said senior author Qi Sun, assistant professor in the Department of Nutrition at HSPH and assistant professor at the Channing Division of Network Medicine, Brigham and Women’s Hospital.

The researchers looked at overall fruit consumption, as well as consumption of individual fruits: grapes or raisins; peaches, plums, or apricots; prunes; bananas; cantaloupe; apples or pears; oranges; grapefruit; strawberries; and blueberries. They also looked at consumption of apple, orange, grapefruit, and “other” fruit juices. The study pool consisted of data gathered between 1984 and 2008 from 187,382 participants in three long-running studies (Nurses’ Health Study, Nurses’ Health Study II, and Health Professionals Follow-up Study). Participants who reported a diagnosis of diabetes, cardiovascular disease, or cancer at enrollment were excluded. Results showed that 12,198 participants (6.5%) developed diabetes during the study period.

It was determined that people who consumed at least two servings each week of certain whole fruits — particularly blueberries, grapes, and apples — reduced their risk for type 2 diabetes by as much as 23% in comparison to those who ate less than one serving per month. Conversely, those who consumed one or more servings of fruit juice each day increased their risk of developing type 2 diabetes by as much as 21%. The researchers found that swapping three servings of juice per week for whole fruits would result in a 7% reduction in diabetes risk.

The researchers attributed the beneficial effects of certain individual fruits to a particular component. Previous studies have linked anthocyanins found in berries and grapes to lowered heart attack risk, for example. More research is necessary to determine which components in the more beneficial fruits influence diabetes risk.

It remains to be seen if nutritional epigenetic impact on Diabetes influences the risk of developing Alzheimer’s.

Mediterranean diet and glycaemic load in relation to incidence of type 2 diabetes: results from the Greek cohort of the population-based European Prospective Investigation into Cancer and Nutrition (EPIC).Diabetologia. 2013 Aug 22. [Epub ahead of print]