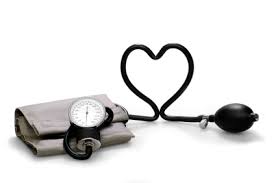 A new study published in the journal of Neurology has revealed that diets high in a certain type of protein, especially fish, are less likely to be associated with strike, than diets lower in protein.

“The amount of protein that led to the reduced risk was moderate — equal to 20 grams per day,” said study author Xinfeng Liu, MD, PhD, of Nanjing University School of Medicine in Nanjing, China. “Additional, larger studies are needed before definitive recommendations can be made, but the evidence is compelling.”

“If everyone’s protein intake were at this level, that would translate to more than 1.4 million fewer deaths from stroke each year worldwide, plus a decreased level of disability from stroke,” said Liu.

The lowered stroke risk was not based on consumption of red meat, which has been associated with increased stroke risk. “These results indicate that stroke risk may be reduced by replacing red meat with other protein sources, such as fish,” Liu said.

The researchers attribute their results to the lowering of blood pressure which has a stronger association with animal protein than vegetable protein.