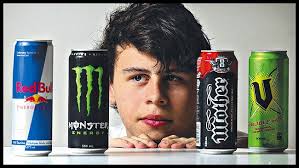 A large number of studies have recently addressed the pervasive negative health impact of energy drinks on teenagers who represent the largest consumer group of these beverages. Now a new study analyzing the advertising content of 139 network and cable channels found that more than 608 hours of energy drinks advertisements were advertised between a period of March 2012 and February 2013. Close to half of these advertisements, a whopping 46.5% was aimed at the adolescent market.

The researchers identified the 10 channels that devoted the most airtime to energy drink advertising. Six of the top 10 channels included adolescents as young as 12 years old in their primary target audience based on audience demographic data reported by a cable advertising trade group. The top network, MTV2, aired 2,959 minutes of energy drink advertisements (8.1% of all energy drink ad airtime); the proportion of 12- to 17-year-olds in MTV2’s base audience was 398% greater than the average network audience in the United States.

“Although our results do not support the idea that manufacturers intentionally target adolescents with their advertising, ads for energy drinks were primarily aired on channels with themes likely to appeal to adolescents, and adolescents are likely exposed to energy drink advertising via television,” said lead researcher Jennifer A. Emond, PhD, Department of Community and Family Medicine, Geisel School of Medicine at Dartmouth.

The researchers recommend informing adolescents as to the potential dangers of energy drink consumption and advising them about the associated health risks.