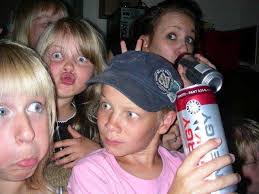 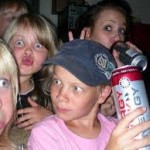 A study by the Yale School of Public Health has determined that middle school children who consume sweetened energy drinks have a 66% risk of developing hyperactivity and inattention symptoms.

The research participants consisted of 1,649 middle-school students randomly selected from an urban school district in Connecticut who were surveyed as to their energy drink consumption. The average age of study participants was 12.4 years old and the students in this study consumed on average two sugared drinks per day, with a range of zero to seven or more drinks. Health experts recommend that children consume a maximum of 21 to 33 grams of sugar daily (depending on age). It was determined that boys were more likely to consume energy drinks than girls and that black and Hispanic boys were more likely to drink beverages than their white peers.

“As the total number of sugar-sweetened beverages increased, so too did risk for hyperactivity and inattention symptoms among our middle-school students. Importantly, it appears that energy drinks are driving this association,” said Professor Jeannette Ickovics, director of CARE (Community Alliance for Research and Engagement) at the school of Public Health. “Our results support the American Academy of Pediatrics recommendation that parents should limit consumption of sweetened beverages and that children should not consume any energy drinks.”

This study follows on the heels of previous studies which as shown a strong association between children with attention deficit hyperactivity disorder, poor academic outcomes , greater difficulty with peer relationships ad increased susceptibility to injury.

The researchers recommend that school aged children avoid consumption of energy drinks as in addition to hyperactivity and inattention, heavily sugared beverages also impact on childhood obesity as the leading cause of added calories in the diet of obese children.