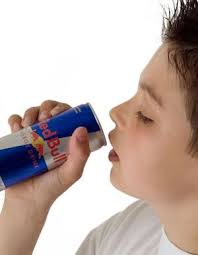 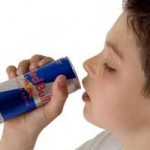 A large scale study by the National Food Institute, Technical University of Denmark, has revealed that one in five children between the ages of 10-14 consume energy drinks. When other sources of caffeine are included such as soda and chocolate the statistics reflect that every second child and one in three adolescents aged 15-17 consume caffeine. Energy drinks are soft drinks with added sugars or sweeteners that contain between 150-320 mg of caffeine per liter.

The concern in Denmark, as with the US, is that sales of energy drinks in Denmark have tripled in recent years from 4 million letters sold in 2010 to 11 million liters in 2013.

Statistics from the National Food Institute revealed that one in five children aged 10-14 exceed the maximum recommended caffeine intake when they consume energy drinks. The exaggerated impact of caffeine is due to a child’s low body weight. When including their caffeine intake from other sources such as cola and chocolate every second child and more than one in three adolescents aged 15-17 exceed the recommendation when drinking energy drinks.

“It seems as if there has been a change in the perception of the types of drinks that people consider normal to drink. Among younger consumers energy drinks now have the same status as soft drinks had previously. Both the use of and attitudes towards energy drinks give us reason to be concerned that the intake will increase in the coming years and we therefore suggest that more information will be made available about energy drinks aimed at children and adolescents as well as their parents,” Jeppe Matthiessen, a senior researcher, said.