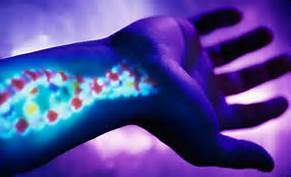 Prior studies have illustrated the long term effects of chronic stressors on human health. A new study by researchers in Wisconsin, Spain and France have for the first time reported the effects of molecular changes in the body following mediation.The study was published in the journal Psychoneuroendocrinology

The changes were rapid and occurred after an eight hour period of mediation, showing a range of genetic and molecular differences, including altered levels of gene-regulating machinery and reduced levels of pro-inflammatory genes, which in turn correlated with faster physical recovery from a stressful situation.

“To the best of our knowledge, this is the first paper that shows rapid alterations in gene expression within subjects associated with mindfulness meditation practice,” says study author Richard J. Davidson, founder of the Center for Investigating Healthy Minds and the William James and Vilas Professor of Psychology and Psychiatry at the University of Wisconsin-Madison.

“Most interestingly, the changes were observed in genes that are the current targets of anti-inflammatory and analgesic drugs,” says Perla Kaliman, first author of the article and a researcher at the Institute of Biomedical Research of Barcelona, Spain (IIBB-CSIC-IDIBAPS), where the molecular analyses were conducted.

The affected genes are implicated in regulating the inflammation response in the body and include RIPK2 and COX2 as well as several histone deacetylase (HDAC) genes, which regulate the activity of other genes epigenetically. A social stress test involving impromptu speech and tasks requiring mental calculation was used to evaluate the stress level of the subjects and showed a faster cortisol recovery directly linked with the genes affected. Cortisol is the stress hormone released by the body in response to stress.

Previous studies in rodents and in people have shown dynamic epigenetic responses to physical stimuli such as stress, diet, or exercise within just a few hours.

“The regulation of HDACs and inflammatory pathways may represent some of the mechanisms underlying the therapeutic potential of mindfulness-based interventions,” Kaliman said. “Our findings set the foundation for future studies to further assess meditation strategies for the treatment of chronic inflammatory conditions.”