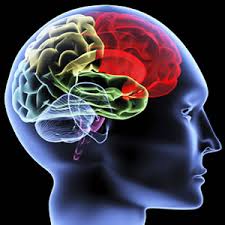 A new study, published in the Molecular Psychiatry journal, by the University of California, has specified that a protein is responsible for delaying the onset of Alzheimer’s disease by 10 years. That protein (Eotaxin) produced by a gene variant controls inflammation and prevents the levels of exotaxin from increasing with age.

“We wanted to study those who got the disease later to see if they had a protective modifier gene,” said co-author Kenneth S. Kosik, co-director of UCSB’s Neuroscience Research Institute and a professor in the Department of Molecular, Cellular and Developmental Biology. “We know they have the mutation. Why are they getting it so much later when the mutation so powerfully determines the early age at onset in most of the family members? We hypothesized the existence of gene variant actually pushes the disease onset as much as 10 years later.”

“We know that age is the greatest risk factor for Alzheimer’s beyond genetics,” said Lead author Matthew Lalli, who earned his Ph.D. working in UCSB’s Kosik Research Grou. “The variant that we found is age-related, so it might explain the actual mechanism of how an increase in age increases the risk of Alzheimer’s — through a rise in eotaxin.”

Researchers collaborated with UC San Francisco to study 150 individuals affected with Alzheimer’s or dementia. The investigators measured levels of eotaxin in the participants’ blood and collected DNA samples to confirm the gene variant.

“If you have that variant, maybe one way to delay or reduce your risk for Alzheimer’s is by genetically holding in check the normal increase in eotaxin that occurs in most of the population,” Kosik explained.

“Although the gene mutation in the Colombian population is extremely rare, this variant is not,” he added. “It occurs in about 30 percent of the population, which means it has the potential to protect a lot of people against Alzheimer’s.”

“The results of this work may provide additional evidence that eotaxin plays a role in the deleterious effects of aging,” said Lalli.

“We have an important preliminary finding,” said Kosik. “If this is a true mechanism of Alzheimer’s progression, then we can modify the level of eotaxin in individuals to treat the disease. But our results must be replicated and proved by other laboratories — and in larger populations.”