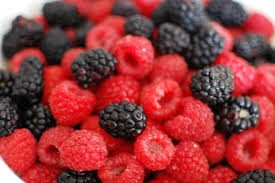 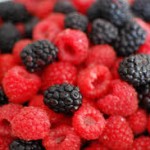 Increasingly research has focused on the ability of certain nutritional components to effectively intervene in certain cancer cases, through epigenetic modification. One such nutritional component is a certain group of flavanoids called anthocyanins (ACs). Anthocyanins make up the most abundant flavanoids of fruits and vegetables. They are responsible for producing the red, blue and purple color that characterizes these fruits and vegetables and are found in raspberries, strawberries and blackberries.

Previous studies have confirmed that anthocyanins inhibit cancerous tumors such as esophageal tumors and colorectal cancer in rats. Anthocyanins are responsible for inhibiting tumor development by knocking out the activity of certain genes responsible for cancerous tumor development. The relevance and impact of DNA methylation (epigenetic modification) in developing cancer has been confirmed as studies have shown that all three DNMTs, (DNA methyltransferases), to be over expressed in cancerous tumor types including tumors found in the colon, rectum, bladder and kidney.

When DNMT1 and DNMT3B are knocked out in colon cancer cell lines, methylation of tumor suppressor genes such as CDKN2A is almost
entirely eliminated and the genes are reexpressed. Inhibition of DNMTs, therefore, may lead to demethylation and reactivation of the silenced genes. Aberrant methylation of tumor suppressor genes by DNMTs may be a promising target for both chemoprevention and chemotherapy, as DNMT inhibitors are being developed as potential therapeutic agents for cancer.

A study published by Dr. Wang in the journal of Nutrition and Cancer specified the role of anthocyanins in demethylating tumor suppressor genes through inhibition of DNMT1 and DNMT3B in human colon cancer cells, providing a potential promising nutritional intervention in cancer cases.