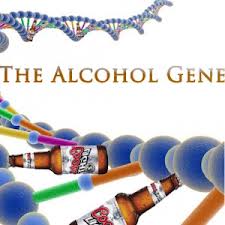 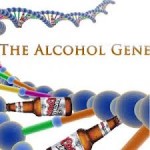 The University of Missouri School of Medicine has identified epigenetic protein changes as a results of alcohol binge drinking. Epigenetics is defined as modification of specific genes or gene-associated proteins of an organism caused by the environment.

“We know that chronic alcohol use is damaging to the liver, but binge drinking amplifies that damage,” said Shivendra Shukla, PhD, Margaret Proctor Mulligan Professor at the MU School of Medicine and lead author of the study.

The CDC has recognized that chronic alcohol use including binge drinking is a major public health risk reporting approximately one in six adults binge drink about four times each month. Binge drinking is defined as consuming five or more drinks in a 2 hour period in men and consuming four or more drinks over a 2 hour period in women. Excessive alcohol use is also associated with high blood pressure, heart disease, stroke, cancer and digestive problems and long-term liver damage from alcohol use is irreversible. Histones are proteins which work to protect the DNA strand and help it function correctly. The researchers found that binge drinking results in unnatural modifications to histones. As a consequence these changes adversely affect how a person’s genetic code is interpreted and how it is regulated

“Our latest research shows that epigenetic modifications in histone structures occur within the liver as a result of heavy binge drinking,” Shukla said. “Epigenetic alterations are changes in genes that are not caused by changes in the DNA sequence or genetic code.”

“Every response in the body is due to alterations in proteins,” Shukla said. “Binge drinking is an environmental trigger that negatively affects histones by altering the correct binding of DNA. The result is unnecessary replication in the copied structure. This initially causes inflammation and damage to the cells as they form, but it is also eventually the cause of more serious diseases such as cirrhosis and cancer.”

“It is important to specify that binge drinking should not be associated only with liver damage,” Shukla said. “Binge drinking can create an inflammatory response in the liver that is like a cluster bomb, sending out various damaging signals to other organ systems in the body. If those organs are working at a lower level of function, then a whole host of physiological processes are affected as a consequence of binge drinking.”