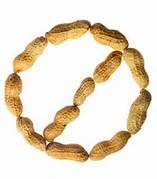 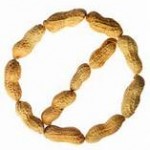 A new study by the Stanford University School of Medicine and Lucile Packard Children’s Hospital has demonstrated that a peanut allergy may be controlled through immunotherapy which changes the allergy response at an epigenetic level. Millions of parents are battling with children who develop a peanut allergy which currently has no cure and exposes their children to significant risk.

The study consisted of exposing peanut allergic patients to increased amounts of peanut powder to desensitize them to the peanut allergen. At the end of the study, patients were asked to consume peanuts every day for the rest of their lives.

In this study 20 peanut allergic children and adults were put through the peanut-allergen trials and had not experienced an allergic reaction in two years. The patients were asked to stop consuming peanuts and were provided with a small amount of peanut powder to examine their immune response. Thirteen of the patients regained their allergy, while seven did not.

The researchers examined the changes in the immune cells in the blood of patients from the two groups. The results reflect that the immune response of white T-cells, was controlled by a gene called FOXP3, which had been altered by a different amount of methyl groups attached to the DNA. The differences in methyl groups controlled the immune response. Patients who maintained their tolerance to peanuts had low levels of DNA methylation at FOXP3, while those who regained their allergy had an intermediate level. Peanut-allergic patients who had not received oral immunotherapy (the control group) had a high level of DNA methylation at the FOXP3 gene.

“It’s interesting that the change we saw is at the epigenetic level.” “This might help us tell people if they can safely go off of immunotherapy, or if they need to continue to eat the food every day,” Nadeau the senior researcher said.

The next step is to examine whether the methylated gene is inherited to children of allergy affected individuals.