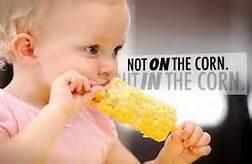 In 2001, The U.S. bio tech company Pioneer had applied to the European Commission to use a newly genetically modified,(GM), maize called Maize 1507. The Maize is genetically modified to produce a pesticide, Bt, and to be resistant to glufosinate ammonium, (a herbicide).

On Wednesday the European Union’s Executive Commission provided its recommendation to approve the release and sent the issue for consideration to the EU’s 28 member nations, who have individual policies concerning the regulation of GMOS.The EU has developed strict guidelines on the release and labeling of GMO products.

The approval was provided following a complaint lodged by Pioneer. On the 26th of September 2013, the General Court of the European Union criticized the Commission for an “undue delay” in the process to authorize or reject 1507.

The European Food Safety Authority (EFSA) in 2011 released a report that the Bt toxin could be harmful to butterflies and moths. The EFSA to date has not assessed the safety environmental risks linked to 1507’s tolerance to herbicides in accordance with EU requirements.

Under EU law on GM crops, the EFSA must assess “possible effects on biodiversity and non-target organisms which any individual [GM herbicide-tolerant] crop may cause due to the change in agricultural practices (including those due to different herbicide uses)”.

Pioneer has minimized any possible impact of a glufosinate tolerant crop. However, a 1996 herbicide safety data sheet available on the product specifies that glufosinate is a neurotoxin, with a documented devastating effect on the environment and animals.

Effects on the nervous system can be relatively persistent. A single oral dose given to female rats caused behavioral impairments for five days, while a larger dose caused more severe symptoms, convulsions and circulatory system failure. Prior to their death, both dogs showed signs of abnormal
behavior, including hyperactivity followed by somnolence, spasms, and stiff gait. In addition, all treated animals showed a dose related decrease in heart rate after six months of glufosinate ingestion.

The European Union Greenpeace division has proactively opposed the release of the maize. Greenpeace EU agriculture policy director Marco Contiero said: “Blindly rubber-stamping this GM maize would be a reckless decision by the Commission, putting biotech companies ahead of public safety. The EU food safety authority has not properly assessed risks associated with the GM maize’s herbicide tolerance. Given its potential harm and the massive gaps in safety testing, Commissioners should reject it. The commercial flop of GM crop cultivation in Europe shows that consumers and farmers do not need it and do not want it.”